Here is mine... Its called MyIE2 and I love it

(Its an IE wrapper)

But times have changed. You should move on into modern world.
Formerly known as CyberAlien.

That's your opinion (and your entitled to it) and not fact.

Thank you for sharing your browser

I did this 18 to 17 years ago, but even then I never considered it for online stuff. Unless you really want to add innovative features per the wrapping GUI I see no reason why one would want to use Trident in these days anymore. 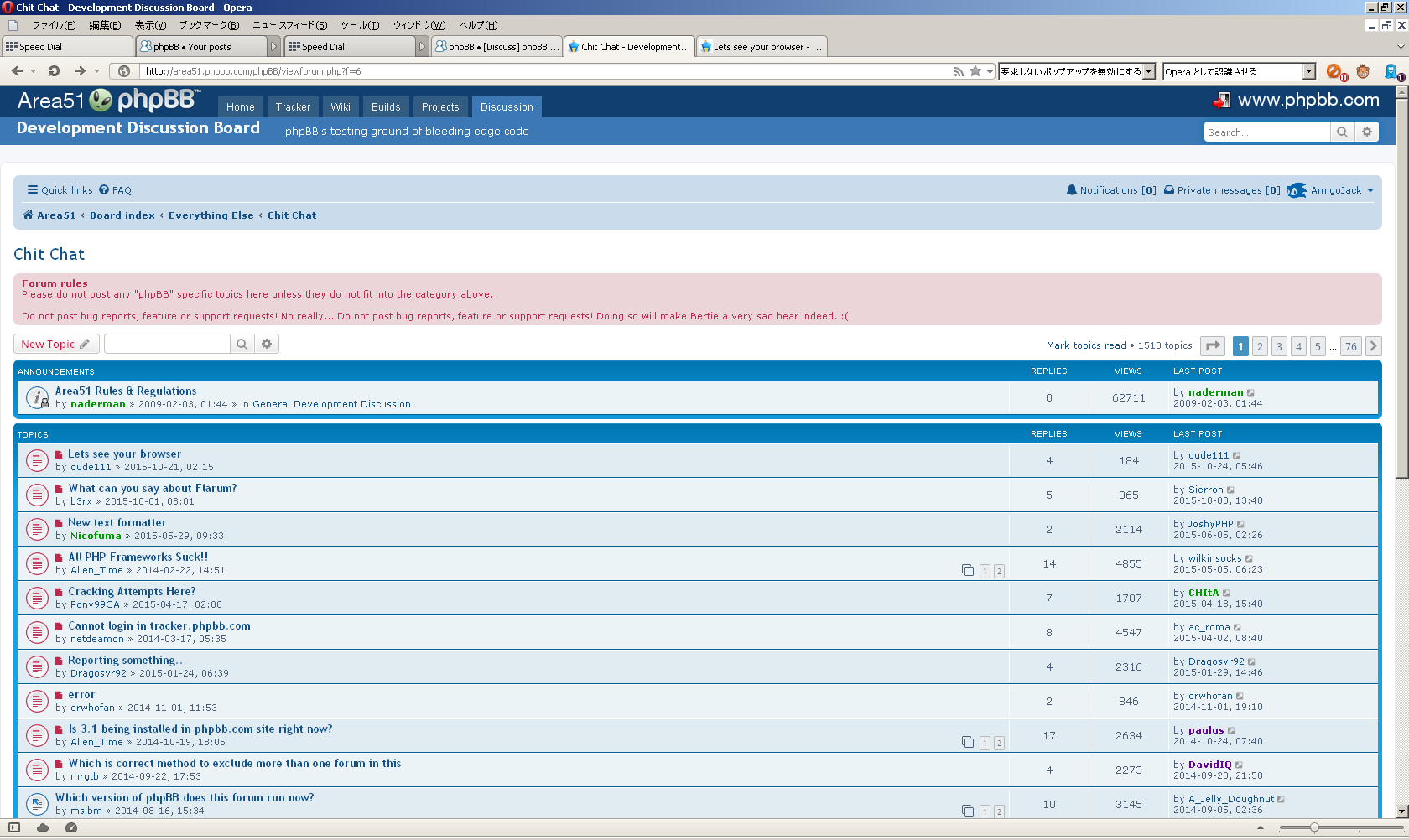 
Firefox is still good have you tried out the developer version?

Opera is the same as Chromium basically runs the same Blink engine in the background.
Top

Thanks to both of you for showing your browsers

No, it's bloated, resource hogging, slow, a pain to navigate thru keyboard usage, can't fold tabs, does not remember form inputs when going back, etc... What are your arguments?

No, I rather stick to trying new versions of the products that enjoy me rather than trying every new version of a product that repeatedly disappointed me. This should not surprise you.

Where exactly? https://www.mozilla.org/en-US/firefox/all/ doesn't list anything else than 32bit for Windows. On top that still doesn't answer why you aren't using a 64bit version.

Khaos-Rage wrote: ↑Thu Oct 29, 2015 1:57 amOpera is the same as Chromium basically runs the same Blink engine in the background

Recent versions, yes. But I haven't talked about and shown those. They have basically nothing in common with 12/Presto.

For that either operating systems come with font increasing features (like Windows), or the internet browsers come with their zooming feature. Your font sizes aren't bound to your desktop size anymore for like a decade already.
Top

Ya I might be able to make it bigger but frankly I have always liked this setting....... And your right,stuff DOES GET WORSE with every so called "Update" .. I saw your referring to Firefox in your reply there......